The Search for Stark!


Saturday was my third time running Warriors of the Red Planet. This weekend was Diversicon 23, one of the best small literary SF&F cons in Minnesota.

It's my tradition at this con to run roleplaying event that incorporates the work of our guests of honor (living and posthumous). This year's game was focused on three of our posthumous guests:

My Warriors of the Red Planet game was set on Leigh Brackett's Mars. The players were charged with finding Eric John Stark. The PCs started in the adventure in a sleazy cantina in the Martian city-state of Kahora, adjacent to the Terran starport. After agreeing to take a large sum from a mystery woman (Terran? Martian?) to locate Stark, the PCs headed for the last location where he had been found, in the even more ancient city-state of Jekkara (a city "half as old as the world"). After recruiting a Martian scientist/gadgeteer in an even sleazier establishment, they headed south in a jury rigged flyer, exploring a mining site and polar ice tunnels leading to the lost city of Sun Ark.

The PCs survived an encounter with a new creature, a Temporal Displacer Beast, which is something of a cross between a Horta, a Displacer Deast, and a Beholder (oddly enough at the Diversicon 23 auction later that evening, we saw a reproduction of the magazine featuring A.E Van Vogt's short story "The Black Destroyer", the inspiration for the Displacer Beast!).

I had four players, all women, all great players, including my friend Rachel Kronick (author of the Blade & Crown RPG). Rachel is the most consistent player in my Diversicon RPGs. Like a fair number of GMs, I am sure, I often get performance anxiety right before RPG events, and an inner voice tells me not to run my game. Rachel is usually the friend who talks me off the ledge, and nudges me to run the game.

Another player was very new to roleplaying. This was her second game ever, but she's clearly a natural and I have no doubt that she will go on to game A LOT after this adventure! Another of the players who made a quick cameo was Phyllis Ann Karr, the author of one of my favorite fantasies from the 80s, Wildraith's Last Battle. I didn't even know she was a roleplayer, but that makes sense given her collaboration with Greg Stafford as the author of the King Arthur Companion.

Once I began the game, of course, all the anxiety went away. It always does, especially when you have a group of players who have good energy with each other.

I'm not sure yet who the guests of honor will be for next year, but I'm so glad I ran the game this year that I am sure I'll be back for more.
Posted by Tallgeese at 7:45 PM 2 comments: 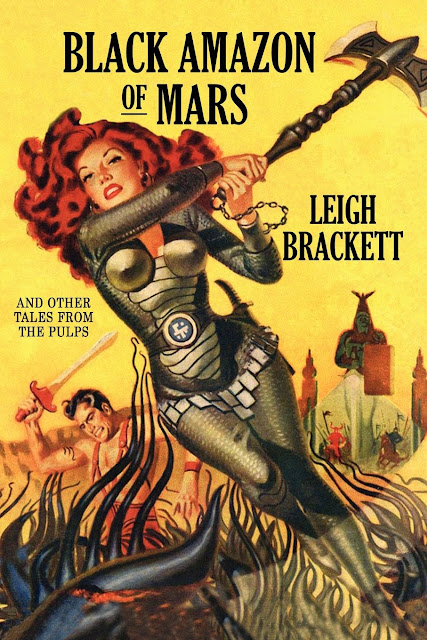 Use the tables below to generate a space princess character for a game set on Leigh Brackett's Mars or Venus.

Step One: Determine Planet of Origin

*Might involve transmigration of souls, such as occurs in temporal, planar, and transworld intrusions.  Might be an Earth agent in disguise. Think something up.

**Based on the map provided in The Sea-Kings of Mars and Otherworldly Stories by Leigh Brackett, Gollancz Fantasy Masterworks #46.


If Venus***
Roll 1d10:
1: Mountain city
2: Lowland city
3: Lake Village (may be built onto lake)
4: Lake City (may be built onto lake)
5: Lost city (no doubt beyond the Mountains of White Cloud)
6: Marsh tribe
7: Wetland tribe
8: Jungle tribe
9: Jungle city
10: Seaborne fleet-clan
11. Polar city
12. Undercity (under the surface of Venus or under one of its odd gaseous seas, such as the Red Sea)

***I haven't seen a map of Brackett's Venus, but many of the location types here make sense for her version of the world. and examples of several are found in her short stories.

Roll 1d12:
1: Devoted and obedient slave or retainer
2: Ancestral weapon or other artifact
3: Ancient technological artifact
4: Empathic animal companion
5: Map of lost or legendary city-state or well
6: Letter of passage/carte blanche from a powerful sovereign (might be a clever forgery)
7: Personal flyer OR full plate armor
8: Animal mount (on Mars these are bipedal lizards)
9: Crown, signet ring, mace or other symbol of office
10: Legendary or rare ancient text
11: Gems or other treasures
12: Terran technological device

Warriors of the Red Planet - This Weekend! 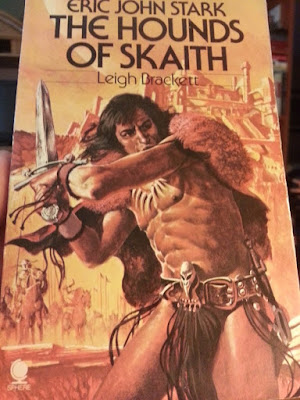 This weekend is Diversicon, where Leigh Brackett will be one of our posthumous guests of honor along with Gene L. Coon and Sun Ra. Our living guests of honor include Dr. Ytasha Womack, author of Afrofuturism: The World of Black Sci-Fi and Fantasy Culture, and Minneapolis writer and performance artist Rob Callahan.

I'll be on the Leigh Brackett panel at the con, along with Eric Heideman and Eleanor Arnason. While I am not a Brackett scholar, I have spent the last 3-4 months reading short fiction by Leigh Brackett. By this weekend, I should have read 650 pages of her short stories.

I plan to run a pulp SF RPG scenario there called Princesses of Mars; Or, the Search for Stark. I'll be running the adventure using Warriors of the Red Planet, an old-school RPG with very easly to learn rules. I had a good experience running a Barsoom-based WOTRP scenario in April and May with my regular Thursday night game group.

All the PCs will be female characters, each with a potential connection to Stark. I'm working on some clever scene titles for the scenario, including:

The game will run from 4-6 PM on Saturday in elevated "train station" area just past the hotel lobby. Please stop by to play the game or kibbitz a bit if you're interested in the pulp SF Mars and Venus of Leigh Brackett. 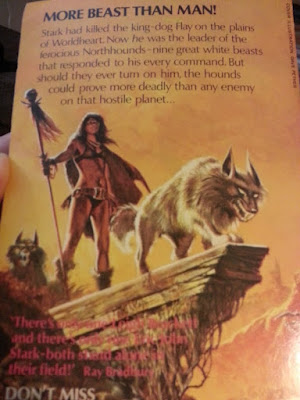 Posted by Tallgeese at 9:00 PM No comments: